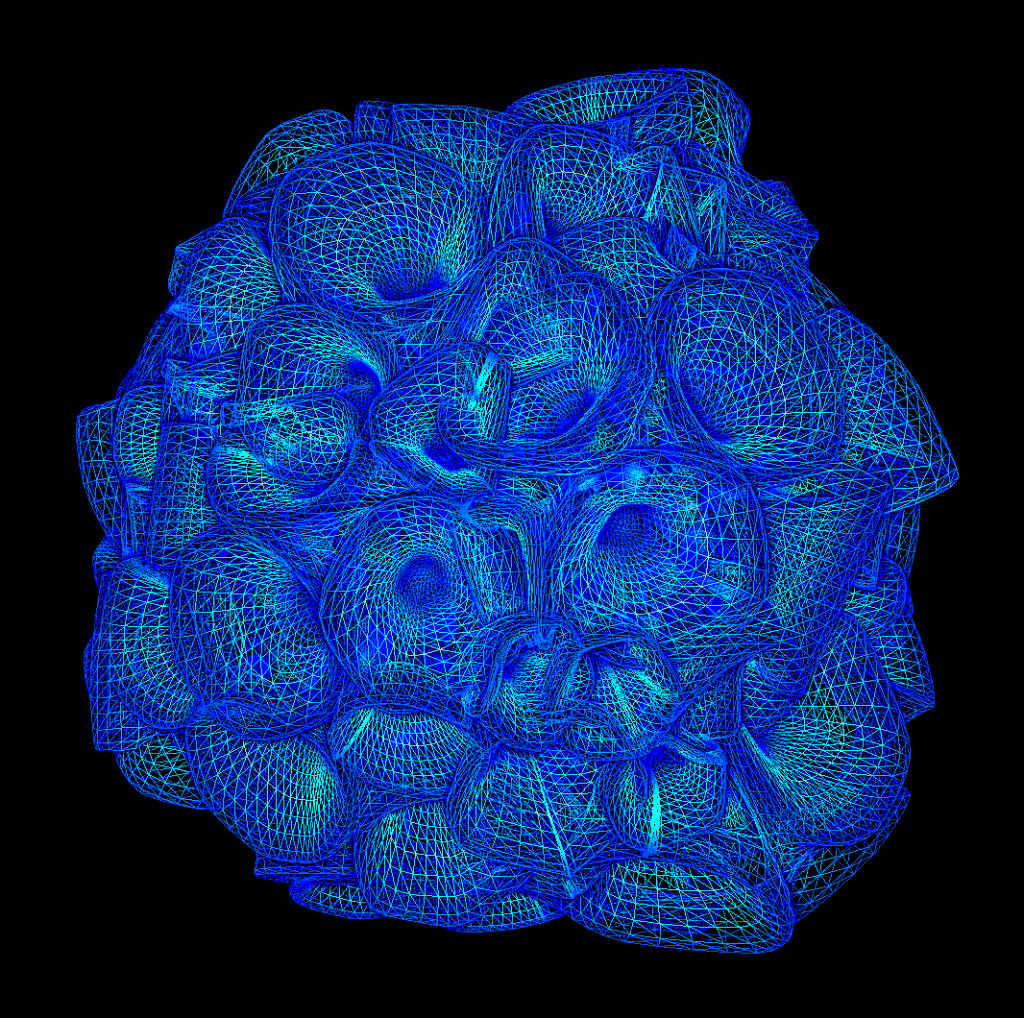 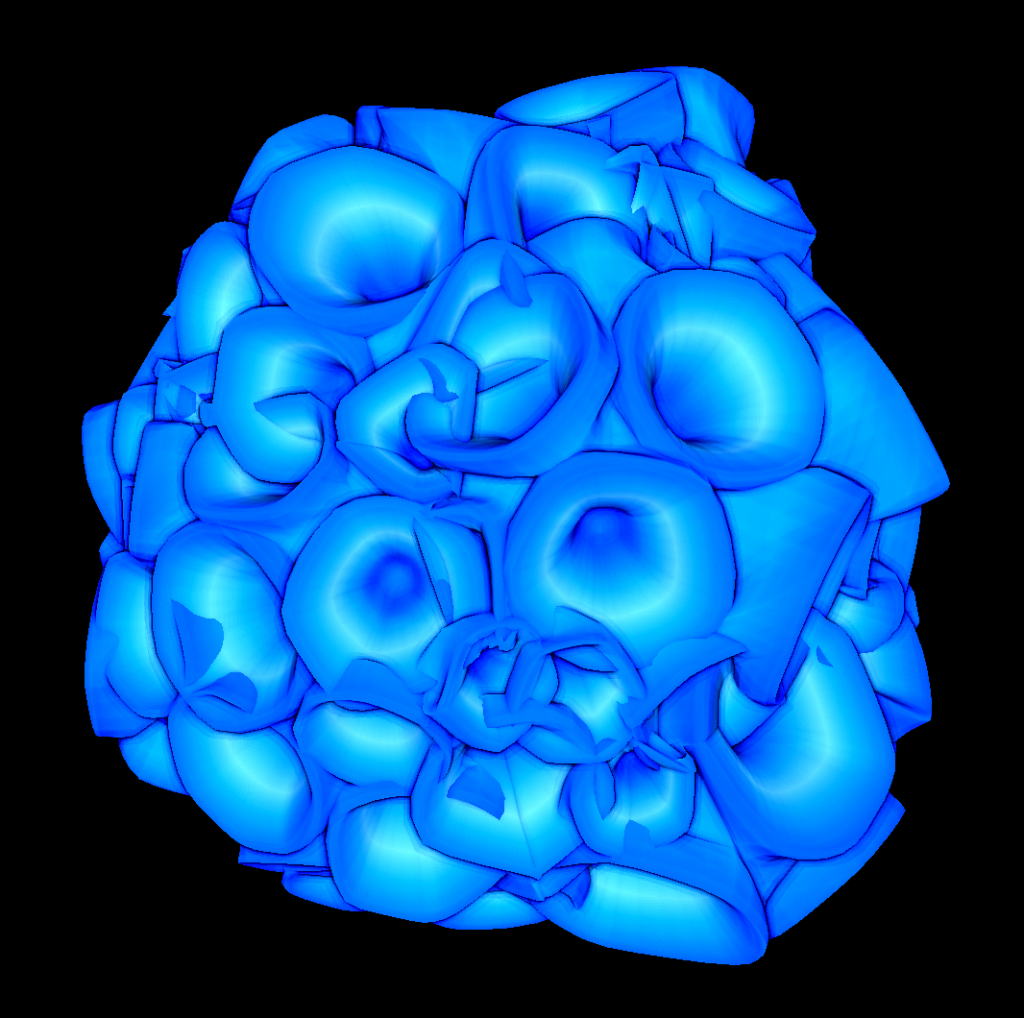 Fugu, software for Lua-based form generation, is now open source! That means you can download the source, examine it, tweak it, and compile it for the arbitrary operating system of your choice! This is a huge and final step for me in the Fugu project. 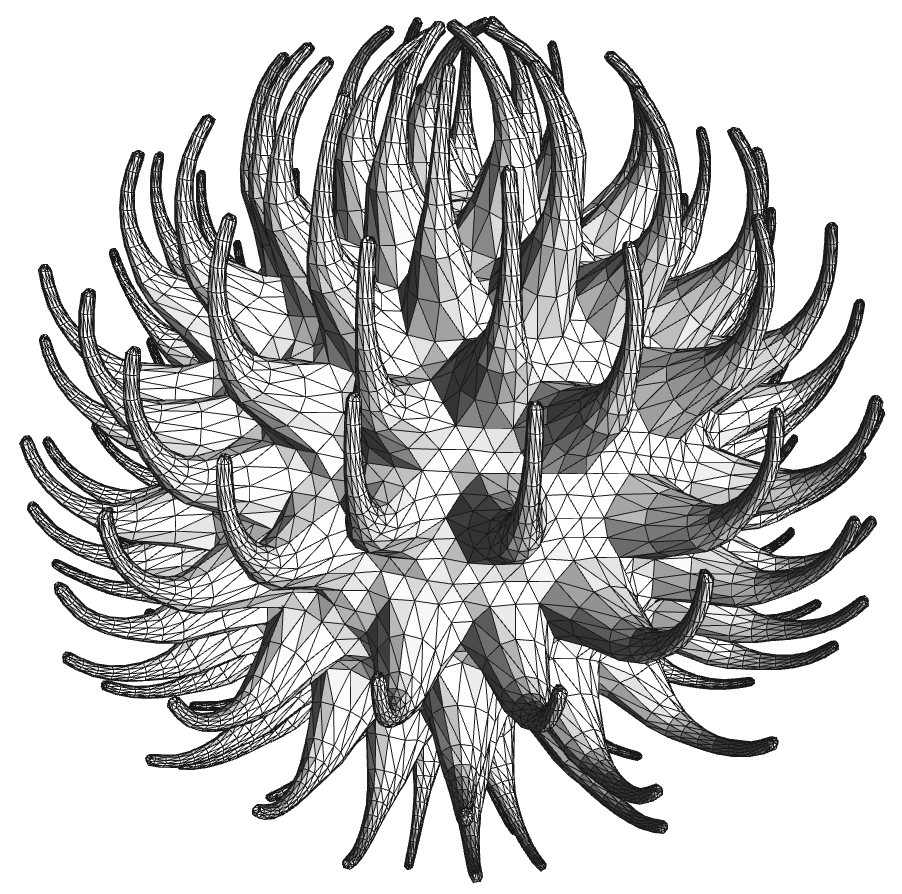 END_OF_DOCUMENT_TOKEN_TO_BE_REPLACED

Moonman now has a separate website at http://moonman.io. All future moonman posts will appear on the news feed there, although I’ll likely cross post the really interesting stuff. But anyway, you should head to the new site and check it out. Moonman also has a facebook page, if that’s your sort of thing. :) 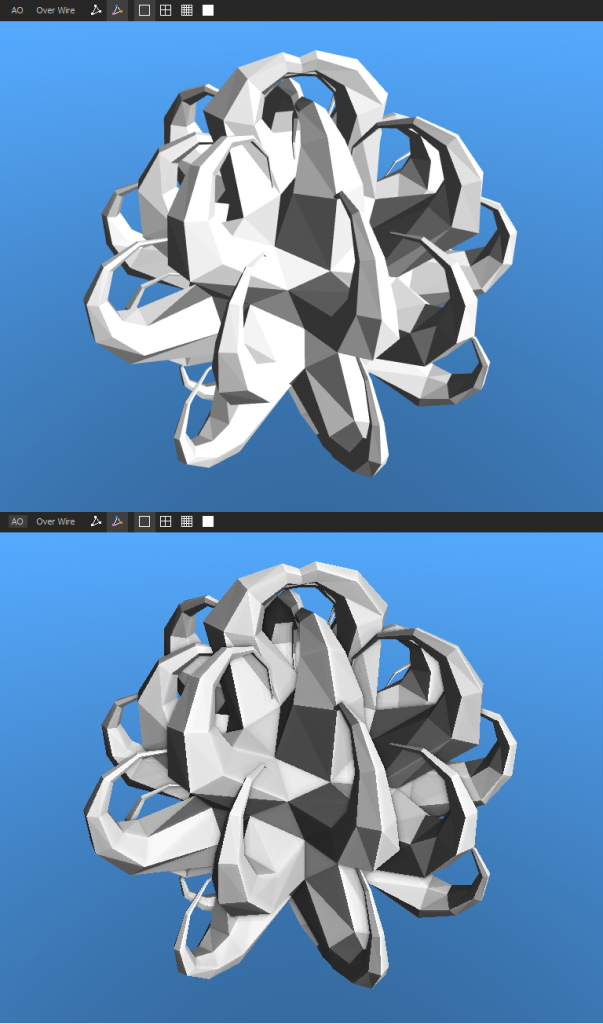 I implemented a new visualisation into fugu today – Screen Space Ambient Occlusion. It is a shader effect (implemented from this discussion) that darkens creases and nooks of the model, as well as making individual parts stand out more. Below is a fugu model renderered as (top) flat-shaded, (middle) flat-shaded with SSAO, and (bottom) Phong shaded and subdivided with SSAO applied. I hope to get it stable and operational in the main fugu release soon. :) 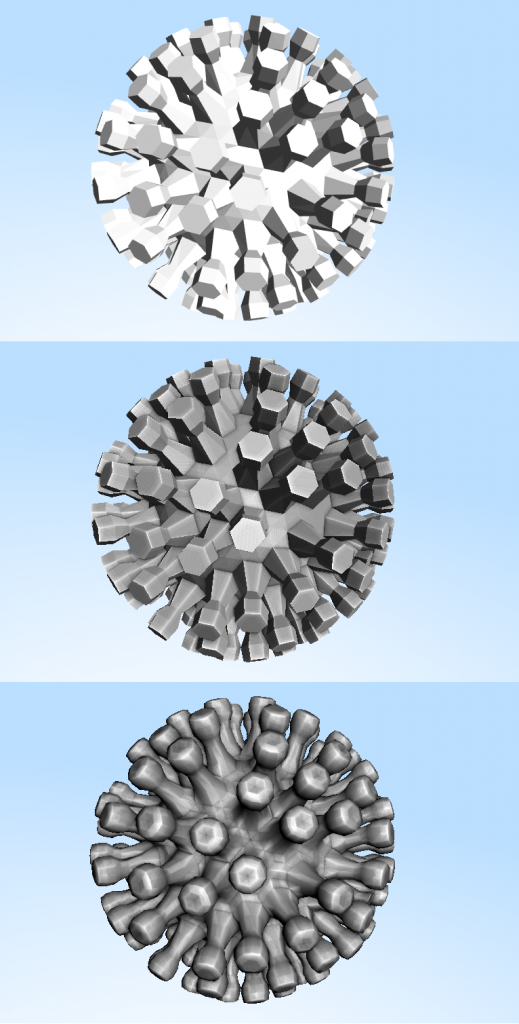 I don’t know where you pixies came from, but I sure like your pixie drink! 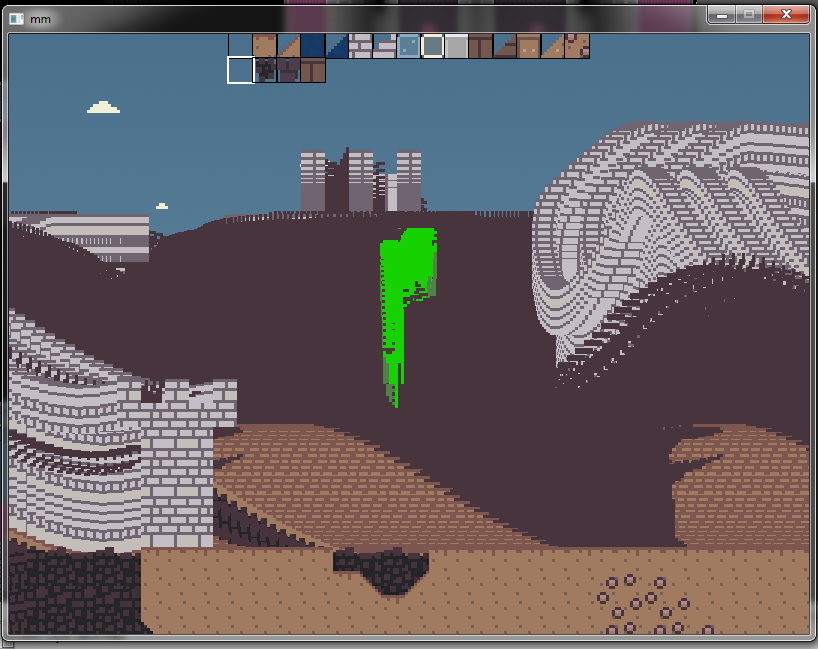 My progress on moonman has been speeding along quite quickly the last couple of weeks. This is because I’m on holidays from my other job, and so I can focus all my neuronal activity on this … and playing dark souls :S

Anyways, my devlog has the dets as usual, but here’s a screenshot that shows a bunch of the visual changes to moonman. 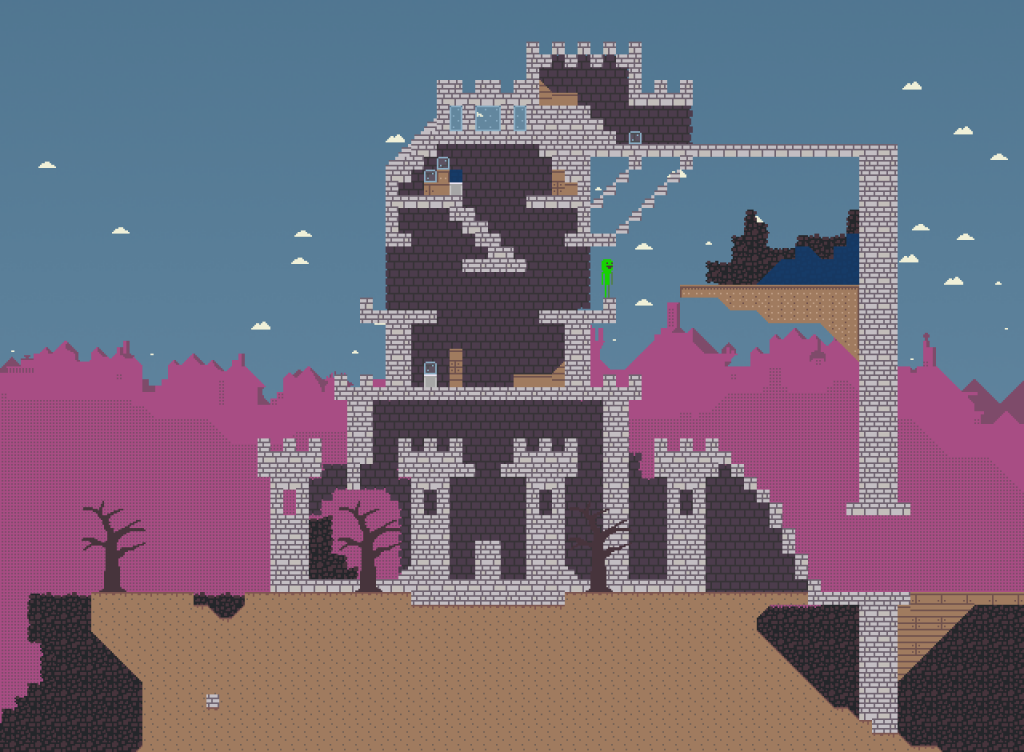 ‘Oh, I scrounge a meal, here and there’, remarked the old man with the one eye and the cleft jaw. I tried to give him some copper, but he refused, ‘Not the pieces with that ugly bird on, no way in hellsname!’ I assume he was referring to the The Crow, the portrait of whom adorned the back of every single piece of city treasure in The Fourth. I stepped over the vagrant and into the building he was slumped in front of, a scrawny dog by his side. Inside I spotted a swift grill, and from it ordered a hunk of charred impsnout — not the most appetising of meals — but very cheap, and also quite nourishing. A smallpint of honeymead washed it down and I disposed of the paper containers in the adjacent pile, closing the lid.

The show I was attending, an exhibition called ‘A Day of Kindness’, had been raved about by my closest friends, and I was curious to see it. Upon paying and entering the gallery I was confronted not with large and colourful tapestries, canvases, or boarskins, but with tiny square pictures drawn on common paper and placed on the wall at equal intervals. Examining the pictures more closely I was astonished to witness a degree of artistry, both illustration and composition, that I had never before seen. Each image, only a hands width wide, contained a complex illustrated scene with details tinier than I, of 20/20 vision, could discern. The scenes were both familiar, and yet odd, containing those denizens of The Fourth least understood. The stand out image for me was a scene on a balcony, standing on which was a gentleman, with a stately disposition, having a normal conversion with the A’leek! Really! The A’leek only sings AT you,  nobody has ever spoken WITH one. And so on it went, until I arrived at the last. This one stood apart from the others, it was not an illustration, but a mosaic, with uniform and square cells, eight across and eight down. As I squinted I could make out a strange smiling green face, and as I recognised it I got a vivid flash of a bloodcurdling scene in my mind — the world was scorched and everybody had turned to dust.

Yesterday, CEDE, from the tigsource forums, posted this cool sketch of a scene from moonman. Thanks dude!

(This is the Day 8 entry for the 30 day world building challenge.) 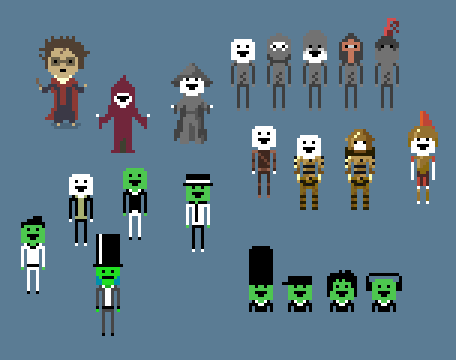 Fashion in the fourth (municipality), is chaotic, anachronistic, and almost never practical. A lad of the ultra-violence persuasion has a range of close combat armour to choose from, fashioned from leather, iron, gold, ebony, steel, emerald, sandsteel, sunstone, paper, wood, kapur bark, and, well, practically anything that would resist a solid whack from a sawn-off claymore. The transcendant, the magikal and the soul-less, prefer lighter clothing, typically cloaks, bedsheets, or armour made from less dense materials, such as moonstone. This clothing is typically resonant with the wearer, amplifying whatever godless gift they have. And finally, the ultra-passive citizens of the fourth usually don’t wear armour, but prefer to wear whatever is the current style, from formal suits, shirts with white paints, gangster costumes, renaissance-era garb, whatever takes their fancy really. Head-wear or masks are often worn, from richly decorated feathered hats down to simple accessories, such as the +1 culture monocle.